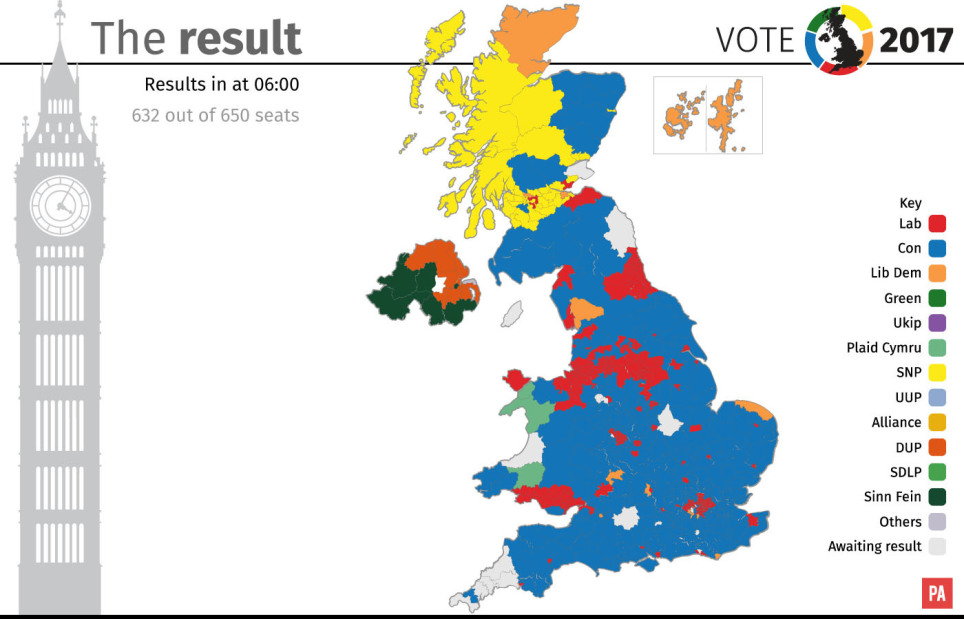 It is said that the odds on ( yet another ) General Election are shortening by the day though some would say that the Brexit Negotiations make one inevitable. Tuesday 12th June is what the Americans might call ‘Super Tuesday’ all 15 Lords amendments to the EU Withdrawl Bill will be voted on in one long day in the House of Commons. The government will be asking MPs to reject them all.

It doesn’t require much effort to imagine the right conditions arising to trigger an Election this Autumn.

The Prime Minister has managed to get to the end of phase one of Brexit talks ( last December) and agreed on a transition phase just before Easter. The hardcore Leavers in the Conservative have grumbled a little but have largely stayed loyal.

The next ( and main) stage of negotiations are underway and as expected to prove very difficult both within Government and with the EU.

The splits in the Conservative Party are getting wider.’Super Tuesday’ will be the biggest test yet.

The Government expects to win all 15 votes but who really knows.

However, the return of the EU Trade bill in July will see a full-blown rebellion from Remainers in the Conservative Party. If Labour does finally endorse staying in the Single Market having already backed staying in a Customs Union we may have deadlock and the Government won’t be able to get its Brexit strategy through Parliament.

May’s pursuit of a smooth, orderly, and some would say very soft Brexit looks increasingly like its pushing Brexiteers too far and will trigger a coup against her. Tim Shipman of the The Times Today suggests this will come as soon as July when the Withdrawl Bill receives Royal Assent.

A new Conservative leader (and PM) may feel that they need to go to the Country not only to break the parliamentary deadlock but also to get a mandate for a harder Brexit assuming they are a Leaver of course.

Its very unlikely Labour would decline the opportunity to have an election so passing the threshold of 66% of MPs needed to trigger a GE should be no problem.

On the other side of the equation, however, we should consider :

So the answers as so often are ‘who knows’. Political chaos continues. Brexit truly is the only show in town.

UK Politics will certainly remain interesting for those who follow it closely but probably baffling for everyone else.